Following that season Coach Stotler helped me to secure a commitment to play Division III golf in college. I often visited Coach for lessons between seasons when I came home. After four years, I left Muskingum University with the fourth lowest career scoring average in school history. In that time, I also won a collegiate tournament and placed high in summer tournaments as well.

Coach Stotler really elevated my game to the next level, and always had something for me to improve on. He utilized a variety of drills in practice, has a great camera set up to review swings, and the TRACKMAN was an added bonus!

After finishing my Junior year of High School golf averaging a 9-hole score of 49, I began working with Coach Stotler as my swing coach. My biggest goals were to lower my scores, develop a more consistent swing, and start playing the ball on a right to left shot shape. Using the Trackman with multiple cameras, Coach Stotler was able to detail all of the inconsistencies of my swing and push me towards my goals. Working with Matt is truly an individualized process. He works to develop the skills you want as a golfer and helps you to adopt change, even if it is outside of your comfort zone. He has experience, knowledge and has seen plenty of golf swings.

After 8 months of working with Coach Stotler my average score had dropped to a 43. My senior year of High School Golf included many accomplishments. I shot my career low of 77, made the GWOC National League First Team, and qualified to the SW District tournament. Because he is so connected to the profession and game, Coach Stotler recommended me to continue learning and developing my game at Eastern Kentucky University in their PGA/PGM program; an opportunity I was very happy to accept. Coach Stotler has elevated my golf game to a level I didn't believe I could reach. Most importantly, I consider him a lifelong mentor and friend.

I had the privilege of playing golf for Mr. Stotler while attending Fairmont High School. I was brand new to the game of golf at the time and could't have asked for a better guide. Some of my fondest memories were made while carrying my 14 clubs around in that navy and white bag. We achieved several milestones including qualifying for the district tournament as a team my junior year. I couldn't have asked for a better experience. Upon my completion of my senior year season I arrived at the difficult decision to not pursue golf at the collegiate level. It was tough, but at that point in time it felt like the right thing to do. However, a few rounds passed by and I just couldn't get golf off my mind. Caddying for friends or playing a few rounds over summer breaks just couldn't fill the void. I was craving competitive golf, I reached out to Mr. Stotler with a serious proposition. I wanted to pursue collegiate golf. With only a little more than 2 months to work with it would be no small feat. Without the slightest hesitation Mr. Stotler pledged to me that he would get me there so long as every day I worked to the best of my abilities and gave him every bit of effort I had. Day after day I worked through carefully selected drills tailored to my individual swing. We worked away at the range for hours each week, perfecting the many nuances of the golf swing. It was extremely hard work, but we kept pushing onward. Mr. Stotler breaks complicated sequences and mysterious movements down with ease, proceeding to give them back to you as bite sized digestible pieces. Because of his excellent organization and articulation, you walk away from every session knowing exactly what you need to be focusing on. Thanks to Coach Stotler I was able to feel what its like to be an NCAA athlete and play at the collegiate level. He is a true expert in his field and a phenomenal instructor. Whether you are looking to take the game up for the first time or you are an advanced player in need of a tune up, he is the swing coach to see.

My Junior year of high school was about the time that I started taking golf seriously. Unfortunately, I had little knowledge of the game and a poor swing. Working with Coach Stotler, I was able to drop nine strokes off of my average in one summer and understand the game from a players perspective. As Coach Stotler continued to work with me, I left high school with an offer and a scholarship to play at a D1 NAIA school in Indiana.

Coach Stotler's knowledge of the game and swing has boosted my game in a way that I thought would never be possible. Using TrackMan and multiple teaching aids allows him to dissect and help with your golf swing like no other coach can. Coach Stotler not only is a fantastic instructor but has become a friend/mentor of mine.

When I started working with Coach Stotler I had a lot of talent that was not honed in at all. Coach Stotler was my high school coach at Fairmont High School for all four years. I made the Varsity team as a Freshman but wasn't consistent at all. My Freshman and Sophomore years I was one of the middle of the pact GWOC golfers. My Junior year I finished with a 40.64 scoring average for 9 holes which ranked 24th out of 136 in the conference. The March going into my Senior year I started working with Coach Stotler as my swing coach. We set 2 major goals, to have a repeatable swing and  a top 10 scoring average in the GWOC conference. We started with posture, worked through a better top position, finished with lag and power. Not only did we work on the physical game, but also the mental game of tournament golf.

I was serious about playing golf in college, and through our hard work I finished my Senior year with a 37.29 scoring average for 9 holes and a 73.0 tournament average which ranked 8th out of 138 in the conference. I was able to get a scholarship to play at Indiana wesleyan University. I continued to work with Coach Stotler and data from the TrackMan to strengthen my game and take it to the next level. Now halfway through my Sophomore year at IWU, I have played in every tournament for the program. Out of 17 tournaments played, I have 5 top 15's, 3 top 10's, and 3 top 5s. Whether you are a beginner or looking to take your game to the next level, I highly recommend Coach Stotler as a swing and mental coach.

I started working with Coach Stotler as my swing coach the summer before my Sophomore year of High School. My goals were to become a more consistent golfer and lower my scores. After the summer working with Coach Stotler, my average dropped  six strokes and he helped me become the #1 man on my team by the time I finished my Sophomore season. I continue to see him in my off seasons and through all of the hours and many changes we have made to my swing, I finished my Senior season with an average score of 40 for 9 holes. Coach Stotler helped me to accomplish things I thought I never would do, such as winning tournaments, leading my team as a Captain and as our lowest scoring average player for my last three High School seasons. The summer of 2019 we put in a lot more work to prepare me for college golf and with that work I lead my team to one of our best seasons in school history.

Coach Stotler is very knowledgeable on the proper body movements and how it relates to the swing, he helped me improve by analyzing my swing with the use of his Trackman. He sends videos of your swing after each lesson and verbally lets you know what you are doing right, wrong and sets a plan with drills of how to fix the issue. Coach Stotler and I quickly developed a relationship that was more than just someone I went to golf lessons for. He is a role model in my life and someone I can go to whenever I need anything. He is always in a great mood, ready to teach and get the session started, and it doesn't feel like work when you are with him. He truly wants to see you succeed and believes in you even if you don't believe in yourself at times. By having Coach Stotler as my swing coach, I not only have someone who can help me improve in the game of golf, I also have a friend for life.

I had the honor of playing golf for Coach Stotler during my four years at Fairmont High School. Coming in as a Freshman, I wasn't sure what to expect from the program or my game. I had been playing  with my dad for several years but it's a different game altogether when you are playing with someone other than family, and there are upperclassmen with a lot more experience looking and wondering what you can bring to the program. Coach Stotler helped not only my swing and my short game, but instilled confidence and provided a better mental game throughout my first three years of High School play. He's the only Coach I've ever had that could simply look at me and  I knew what he was thinking. I made it to the District Championship my Junior and Senior years and received several honors that I would not have received without the continued encouragement and training of Coach Stotler. Prior to my Senior year, I received a commitment to play NCAA Division III golf and continued to visit Coach Stotler for training throughout the season. I will spend the summer before I leave for North Park University in Chicago working with Coach Stotler, looking forward to visiting him for our talks and skill training when I come home for visits. Coach Stotler continues to improve my game and has always inspired me to be my best, even when I do something "not so bright". I didn't think I would continue my education post high school, but he changed my mind and ultimately my path. I consider him a life-long friend, mentor and my forever coach. While I love playing golf with my dad (who is a high school Head Golf Coach) , I learned that a dad on the course can be tough, and not like Coach Stotler. If you want to take your game to the next level, I would suggest Coach Stotler's training program.

Country Club of the North 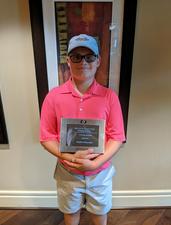 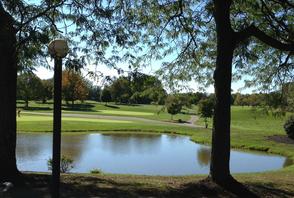